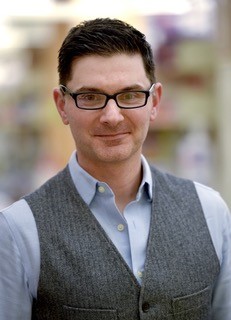 Dr. Sokol Todi is an Associate Professor in the Departments of Pharmacology and Neurology at Wayne State University School of Medicine. Dr. Todi opened the doors of his laboratory at Wayne State in December 2010 and was awarded Tenure in August 2015. During his time at Wayne State, Dr. Todi has been funded through R00 and R01 mechanisms from the NIH, as well as funds from non-governmental organizations, such as the National Ataxia Foundation, which recognized him two years in a row as a Young Investigator in Spinocerebellar Ataxias. Dr. Todi's work has also been recognized internally at Wayne (e.g. the Career Development Chair Award). Dr. Todi's laboratory investigates mechanisms of neurodegeneration and neuroprotection in age-dependent neurodegenerative diseases caused by misfolded proteins, with particular focus on polyglutamine disease proteins.