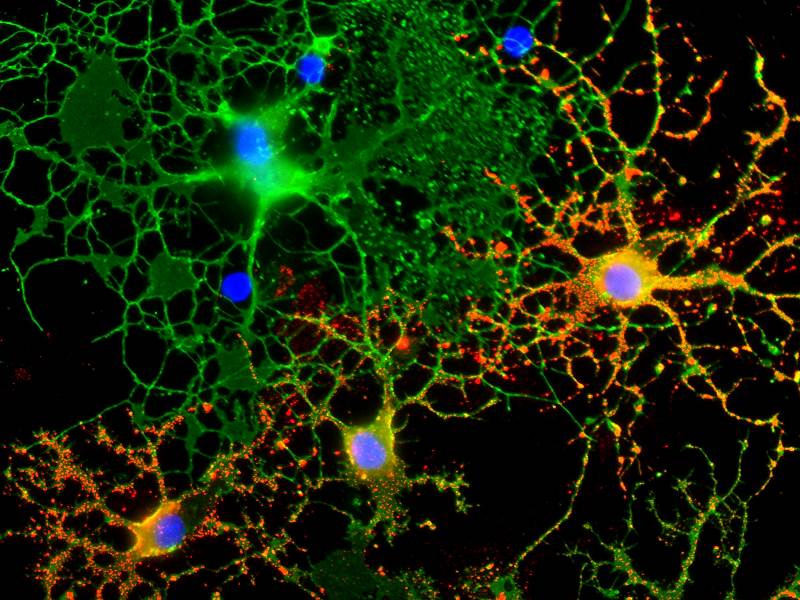 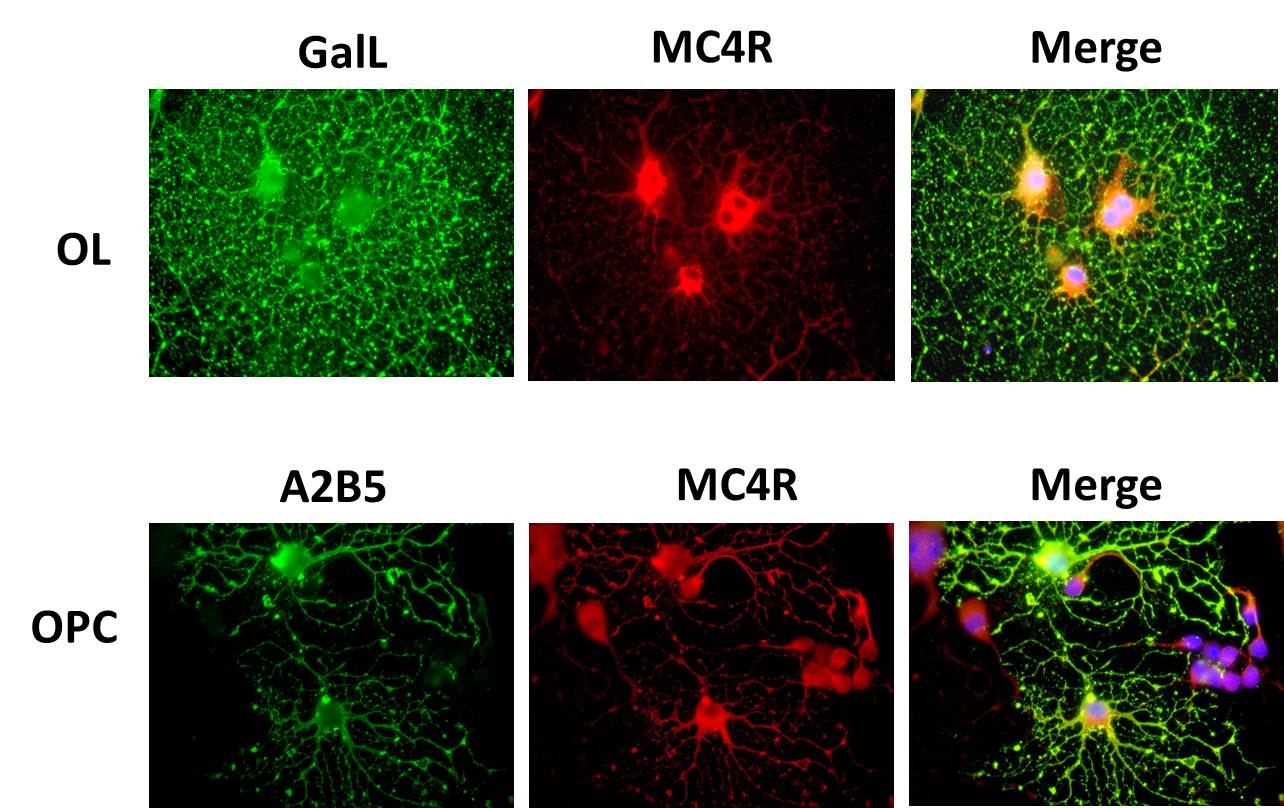 Dr. Robert P. Lisak is the Parker Webber Chair in Neurology, a tenured Professor of Neurology and Professor of Biochemistry, Microbiology and Immunology at Wayne State University School of Medicine. Before coming to Wayne State University in 1987 he was a faculty member in the Department of Neurology at the University of Pennsylvania in Philadelphia from 1972-1987, serving as Vice Chair of Neurology from 1985-87. He was also a member of the Graduate Group in Immunology and Associate Member of the Neuroscience Institute. Dr. Lisak served as Chair of Neurology at Wayne State University from 1987-2012, as Neurologist-in-Chief of the Detroit Medical Center from 1987-2011 and Chief of Neurology at Harper University Hospital and its predecessors from 1987-2012. As a physician scientist Dr. Lisak was a recipient of a Teacher Investigator Award from NINDS (1972-1977) and has and has had funding at the University of Pennsylvania and at Wayne State University from NINDS, NIAID, the National MS Society, the Muscular Dystrophy Association, the Myasthenia Gravis Foundation of America, and the Guillain Barre Syndrome/CIDP Foundation, International, as well as from multiple pharmaceutical companies for both preclinical investigator initiated studies and clinical trials. His clinical, basic and translational studies in neuroimmunologic diseases have resulted in 234 peer reviewed papers and reports, 187 reviews, signed editorials, chapters and books (written and edited) and 323 published abstracts from national and international meetings. He has given invited talks nationally and internationally. Dr. Lisak has served and serves on multiple editorial boards and served as Editor-in-Chief of the Journal of the Neurological Sciences, the journal of the World Federation of Neurology, from 1997-2013.  He served and has served on study sections, review committees and policy committees for NIH and multiple voluntary health and scholarly societies as well as international, national and state-wide medical advisory boards. He has served in leadership positions for the American Academy of Neurology, the American Neurologic Association, the International Society of Neuroimmunology, the Neurologic Society of Philadelphia and the Michigan Neurologic Association.  Dr. Lisak was a Fulbright Scholar in the United Kingdom. Among his other honors are election 'by distinction' to the Royal College of Physicians (England), Gold Medal Award for Research Achievements by the Alumni Association of the College of Physicians and Surgeons, Lifetime Achievement Award from the Consortium of MS Centers and Trailblazer Award from Wayne State University School of Medicine. He has won multiple teaching awards from the University of Pennyslvania and Wayne State University and one of the annual student research scholarships from the Foundation of the Consortium of MS Centers has been named in his honor.

Dr. Lisak's research programs are in neuroimmunologic diseases including multiple sclerosis (MS) and related diseases including neuromyelitis optic spectrum disorders (NMOSD) and transverse myelitis (TM), myasthenia gravis (MG), immune-mediated neuropathies including Guillain-Barre Syndrome (GBS), Chronic Inflammatory Demyelinating Polyneuropathy (CIDP) and variants as well as other autoimmune neuropathies and inflammatory diseases of muscle. His approach, dating back to the 1960s, has always been translational. These studies encompass basic (wet bench) science and clinical research. The latter include characterization of clinical disorders, clinical trials including many multicenter trials that have lead to approval of several treatments for MS, MG and GBS.

MS is the most common potentially disabling non-traumatic disease of the central nervous system (CNS) of young adults and affects over 400,000 individuals and their families in the USA. Clinical signs and symptoms are variable but commonly include weakness, difficulty walking, imbalance, decreased sensation and tingling, various types of pain, difficulty with vision, double vision, problems with bladder and bowel control, sexual dysfunction, fatigue, and problems with mental functions and mood. The course is variable in individual patients and often not predictable.  Eighty five percent of patients present with relapses, relatively acute episodes of neurologic dysfunction followed by improvement, sometimes back to base line early in the disease. This is called relapsing remitting (RRMS) or relapsing MS (RMS). In the era prior to effective disease modifying therapies (DMTs) 50-85% of patient eventually transitioned in to a progressive course, often without superimposed relapses called secondary progressive MS (SPMS) Fifteen percent present with a progressive course without any obvious acute or subacute relapse-like episodes, called primary progressive MS (PPMS).

In our MS research wet bench research, done in collaboration with Dr Joyce Benjamins, Professor Emerita of Neurology at Wayne State University and others, we look at fundamental interactions of the immune system and the central nervous system in order to better plan new therapies for MS. Our current MS laboratory work examines the effect of cytokines and other mediators of inflammation on cells of the nervous system including oligodendrocytes (OL) and their precursors (OPC), astrocytes, microglia (the endogenous inflammatory cells of the central nervous system), and neurons. More recent studies have been focused on the protective and potential reparative effects of therapies already approved for other uses in MS and other diseases. These studies could point the way not only for use of these treatments for protective and reparative effects like enhancing remyelination, but by looking at the mechanisms of protection and repair by these agents, including adrenocortical trophic hormone (ACTH) and dextromethorphan (DM), newer treatments, like a series of sigma-1 receptor agonists, could also be developed that target the receptors for these molecules. In newer in vivo studies we collaborate with Dr Paula Dore-Duffy, who is leading efforts using a cuprizone model.  In our other studies, done in collaboration with Dr Amit Bar-Or, formerly of McGill University in Montreal and currently at the University of Pennsylvania, we have discovered a somewhat unexpected potential role for B lymphocytes (B-cells) in the pathogenesis of MS, particularly for the cortical gray matter. Gray matter lesions correlate with the degree of permanent disability and begin in the earliest stages of MS. It has always been felt that B cells which mature to become plasma blasts and plasma cells, the antibody producing cells of the body, were involved in MS by producing antibodies (autoantibodies) that attack the CNS particularly myelin and the OL, the cells that produce myelin in the CNS. But newer roles for B cells in the immune system have been discovered and our work suggests that B cells can produce substances, not immunoglobulins (Ig) that are directly toxic to OL and neurons. Such B cells resident in the meninges (the covering of the brain and spinal cord) could release these toxic factors and damage the OL/myelin and the neurons and axons in the underlying cortical gray matter. We are currently actively attempting to characterize the toxic factor or factors released by the B cells which could then lead to a more specific therapy rather than simply destroying B cells in patients which is how the newer B cell MS therapies work. Selective blocking of toxic factors would not only be more specific and potentially more effective treatment but also safer.

Our clinical research related to MS and related disorders like Neuromyelitis Optica Spectrum Disorder (NMOSD) includes participation in many multicenter clinical trials as well as projects limited to our own patients. Until 1993 there were no known treatments that favorably altered the course of MS and basic studies on our laboratories and that of others have lead to the current status of 14 FDA approved treatments with more in the 'pipeline'. While none of the available agents are cures the change in the outlook for many patients with MS has been remarkable.

Immune mediated demyelinating diseases of the peripheral nervous system (PNS) while not common constitute an important group of diseases. In this era of excellent hygine and vaccinations to prevent and reduce infections that directly effect the nervous system, Guillain Barre Syndrome (GBS), an acute disease of the PNS, is one of the most common neuropathies causing paralysis including weakness of the facial muscles, muscle involved in swallowing and speaking and in some instances difficulty or even inability to breathe.  While many patients recover from this syndrome, many are left with varying degrees of deficits including weakness, pain and fatigue.  In the United States and in most other developed countries a demyelinating form of the GBS, acute inflammatory demyelinating polyradiculoneuropathy (AIDP) is the most common type of GBS and in AIDP myelin and the Schwann cell which is the cell of the PNS that produces and maintains myelin, are the target of an immune attack with no known etiology and with uncertainty of the mechanisms causing demyelination and recovery, called remyelination. Chronic inflammatory demyelinating polyradiculoneuropathy (CIDP) and its variants are more progressive and in many cases difficult to treat. Therefore, we need to know more about the interactions between immune system and its effector molecules and the Schwann cells and PNS myelin.

Our work in inflammatory immune-mediated demyelinating and other autoimmune neuropathies focuses on both the interactions of immune system mediators, antibodies as well as products of T cells and monocyte/macrophages, with Schwann cells, the myelin forming cells of the peripheral nervous system (PNS), using in vitro (tissue culture) and in vivo (animal models) experiments, as well as studies of patients including the first study to demonstrate that plasma exchange was an effective treatment for GBS. Our current 'wet bench' research work is focused on in vitro expression and function of melanocortin receptors (MCRs) on Schwann cells. Our data seem to indicate the activation of MCRs increase proliferation of Schwann cells as well as increasing rate of Schwann cell maturation. Both of these would be beneficial in repair in inflammatory and genetic demyelinating neuropathies as well as in trauma to the PNS.

Acquired myasthenia gravis (MG) is a disease in which the immune system produces antibodies (autoantibodies) that are directed against molecules of the patients own neuromuscular junction (NMJ). The NMJ is where the peripheral nerves signal the muscle to contract and patients with MG develop weakness with symptoms that include double vision, drooping eye lids, weakness of the arms and legs, trouble swallowing, chewing, speaking and breathing. While death from MG is no longer common, persistent weakness is common. Additionally, many of the treatments used in patients with MG suppress the immune system causing increase in infectiosn, as well as having many other side effects. Thus we need to understand more about how the autoantibodies attack the NMJ and to develop additional therapies for the treatment of MG.

Current research related to myasthenia gravis is currently more heavily weighted towards clinical trials as well as collaborating with other institutions to characterize clinical phenotypes of patients with more recently describe autoantibodies directed at other molecules expressed at the neuromuscular junction.