A full range of electrophysiologic testing is available. Both the Harper University Hospital and Children's Hospital of Michigan EEG Laboratories can perform routine awake and asleep EEGs as well as prolonged (four or eight hour) studies with or without concurrent video monitoring. Adult patients may also have an ambulatory EEG of 24-72 hours long (without video). Standard scalp electrodes can be supplemented with special electrodes, such as sphenoidal electrodes, if indicated.

EEGs performed over a prolonged period of time (1–5 days) with simultaneous video recording (Video EEG) are useful in quantifying seizures, classifying seizure types and evaluating patients for surgery and is used for more advanced diagnostic evaluation. Long term video EEG monitoring is available 24 hours a day in six dedicated beds in the adult Epilepsy Monitoring Unit (EMU) located at Harper University Hospital and in four dedicated beds in the pediatric EMU at Children's Hospital of Michigan. These innovative systems combine the most technologically advanced video EEG recording capabilities with continuous online seizure detection software. Specially trained epilepsy nurses and technicians perform neurological testing during seizure events. EEG technologists with special training and expertise monitor the patients in EMU 24 hours a day during their hospital stay. The Epilepsy Monitoring Unit is set up as a therapeutic community. Private rooms are arranged for patient comfort. For purposes of entertainment for patients during their stay, each room includes a TV and free guest WiFi is available for patients and their guests.

The referring physician will find video EEG monitoring helpful in several clinical situations. This technology can establish the electrical nature of questionable clinical events and is also useful:

In most cases, patients remain in the Epilepsy Monitoring Unit until they have had several of their typical seizures, usually two to five days.

At times EEG is recorded using electrodes implanted surgically in or over the surface of the brain to precisely locate the seizure focus prior to its removal.

As faculty members of one of the most advanced medical centers in the Midwest and the Wayne State University School of Medicine, our epilepsy experts have at their disposal a host of the most technologically advanced imaging modalities currently available to medical science. Such state-of-the-art imaging studies enable our specialists to provide a thorough evaluation of the patient.

Magnetic resonance imaging (MRI) technology continues to evolve at the Detroit Medical Center. In addition to standard sagittal, axial, and coronal MRI images, high resolution, thin (1.5 mm) section allow exquisite visualization of the medial temporal lobe structures that are often damaged in intractable temporal lobe epilepsy. These images can be transferred to a computer work station for quantitative volumetric analysis which is a powerful tool in detecting hippocampal sclerosis, the most common cause of temporal lobe epilepsy. These high resolution images also allow visualization of other small structural processes such as cryptic vascular malformations or neuronal migration disorders that can cause seizures.

Magnetic resonance spectroscopy (MRS) allows metabolic imaging of brain structures by the detection of biochemical constituents and biochemical changes in the brain. This technique is available at the Detroit Medical Center and is becoming a powerful clinical tool in the detection of the site of seizure onset.

At the Detroit Medical Center and Wayne State University School of Medicine, our physicians and research personnel have access to four 1.5 Tesla MRI scanners and two 3 Tesla scanners.

Functional Magnetic Resonance Imaging (fMRI) detects signal changes in the brain that accompany regional changes in cerebral blood flow related to neuronal activity. This technique is used to localize a particular function, such as, motor control, language processing, etc., to a brain region. This is performed noninvasively and the information obtained can be very useful in surgical planning in case of brain tumor surgery or epilepsy surgery. 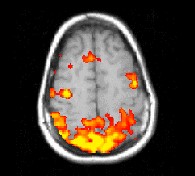 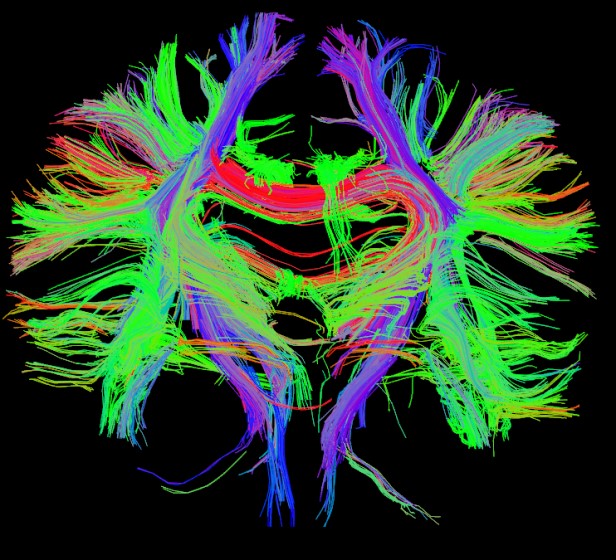 Positron emission tomography (PET) scans represent functional images of the brain. Studies performed with radiolabeled glucose assess brain metabolic activity. Epileptogenic cortex correlates with areas of reduced metabolism and relatively decreased uptake on PET scan. New probes such as Flumazenil assess the presence of receptors for neurotransmitters such as those associated with GABA in the brain and are proving to be quite helpful in localizing the site of seizure onset. Brain mapping with PET and [O-15]-labeled water is a powerful means of localizing vital motor and language functions in the brain, so that these can be preserved during surgery. 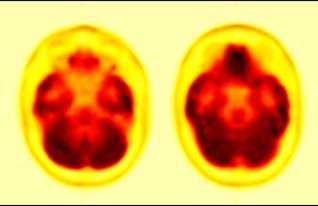 Single photon emission computed tomography (SPECT) scans measure brain blood flow, which is an indirect indicator of cerebral metabolic rate. Interictal SPECT scans tend to show decreased blood flow to the epileptogenic cortex, although this technique has not been sufficiently specific to become a reliable diagnostic tool. However, SPECT scans obtained at the time of a seizure (isotope injected during a seizure, scan obtained later) show excellent sensitivity and specificity for the epileptogenic cortex. Within the Epilepsy Monitoring Unit, nurses are trained to deliver the isotope at the time of the seizure. The scan can be obtained within the next several hours in the Nuclear Medicine Department.  Ictal SPECT scanning has been incorporated into the protocol for localization of the epileptogenic region.

Intracarotid sodium amytal test commonly known as Wada test is a special test performed to identify language dominance and estimate ability of a single temporal lobe to perform memory tasks. Normally, only one side of the brain (hemisphere) processes language (understanding and speaking), but memory function involves both temporal lobes. In most individual it the left side is dominant with language function.

During Wada test, a small catheter (tube) is introduced into the artery in the groin under local anesthesia and advanced into the artery that supplies blood to one side of the brain. This is done under x-ray guidance by an experienced Neuroradiologist. Then a small dose of sodium amytal is injected. This temporarily puts that side of the brain to sleep, so we can test the functional capacity of the other side. The neurologist and the neuropsychologist ask series of questions to determine how good the language and memory function of the other side of the brain is. After about five minutes, the brain recovers fully. About half an hour later the catheter is moved to the other side and the testing is repeated. Usually, one can expect to return home the same day and have minor pain in the groin at the site of the catheter introduction.