About The Sastry Foundation

Sindgi Dattu Sastry, Ph.D. and Pushpa Sastry have given $1 million to create the Sastry Foundation Clinical Neuroscience Endowed Research Fund to support research in the WSU Department of Neurology.

The Sastry's, of Bloomfield Hills, Michigan are the owners of Jogue Inc., one of the nation's largest developers and producers of flavors and fragrances for food and other products. Dr. Sastry, a chemist, now serves as vice president of the company that he and his wife founded in 1984. Jogue Inc., which distributes its products around the world, has 3 facilities in Michigan: Plymouth, Northville, Detroit, as well as facilities in California and Florida. The Sastry's have two sons, Ashok Sastry, 37 and Anil Sastry, 34. Ashok Sastry, M.D., a 2001 graduate of Wayne State University School of Medicine, specialized in nephrology and practices in Sarasota, Fl. Anil Sastry, a 2003 graduate of the Wayne State University law School, is the Chief Executive Officer for Jogue Inc.

Dr. Sastry was diagnosed with Parkinson's disease about 10 years ago. It began with some trembling in his fingers, but it took some time and a visit to the Mayo Clinic, to finally determine the diagnosis. He now is treated with medication. The gift to fund research comes from the Sastry Foundation, an organization the couple founded to give back to the community.

The Sastrys awarded their gift to WSU because of their interest in research. Dr. Sastry holds a doctoral degree in chemistry. "Neurology has been a black box for a long time." He said "We hope, with this fund, to promote more research at Wayne State University to help develop new medicines and therapies." Mrs. Sastry said "We also hope this gift encourages others to contribute to research…People need to contribute to the society they live in to help the common good." 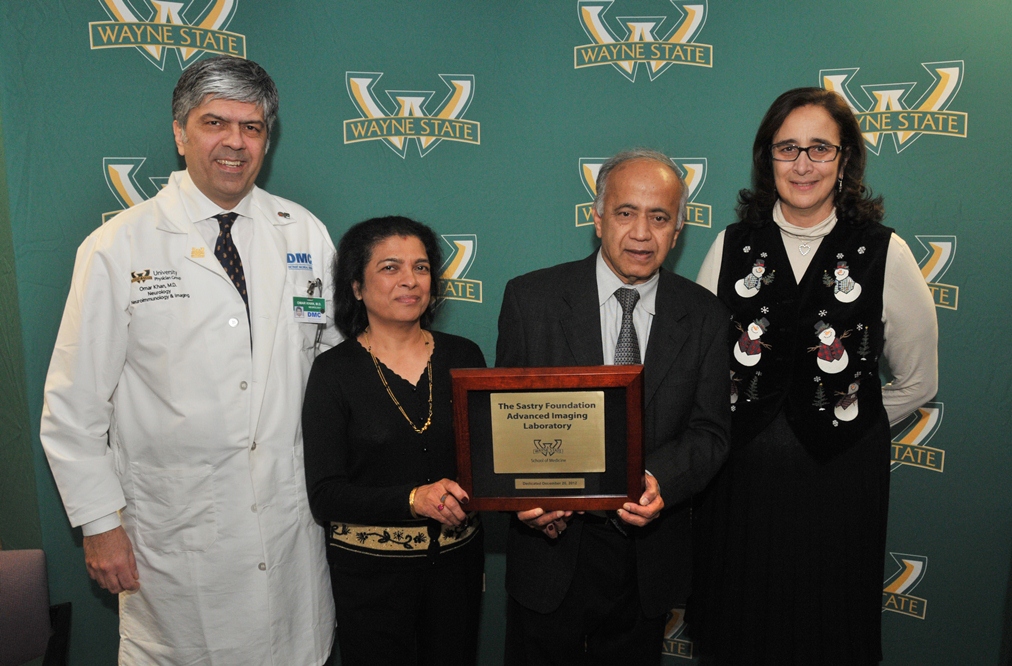