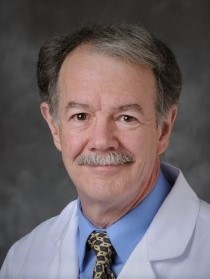 Dr. Peter LeWitt has been a faculty member in the Neurology Department at Wayne State University School of Medicine since 1986 but has not previously practiced at the DMC Central Campus. A graduate of Brown University School of Medicine (and also awarded a M.Med.Sc. in Biochemical Pharmacology), his neurology residency training was at Stanford University School of Medicine. He completed fellowship training in experimental therapeutics at the National Institute of Neurological and Communicative Disorders. His neurological subspecialty has been in movement disorders. He has been a founding member of the
Parkinson Study Group, an officer of the Movement Disorder Society, and is currently president of the Tremor Research Group. Dr. LeWitt has extensive experience in clinical trials for Parkinson’s disease and other neurological disorders, and his research interests have also included animal models and biomarkers of neurological disease, pharmacokinetic analysis, and gene therapy for Parkinson’s disease.